What does in-house Legal Operations encompass? 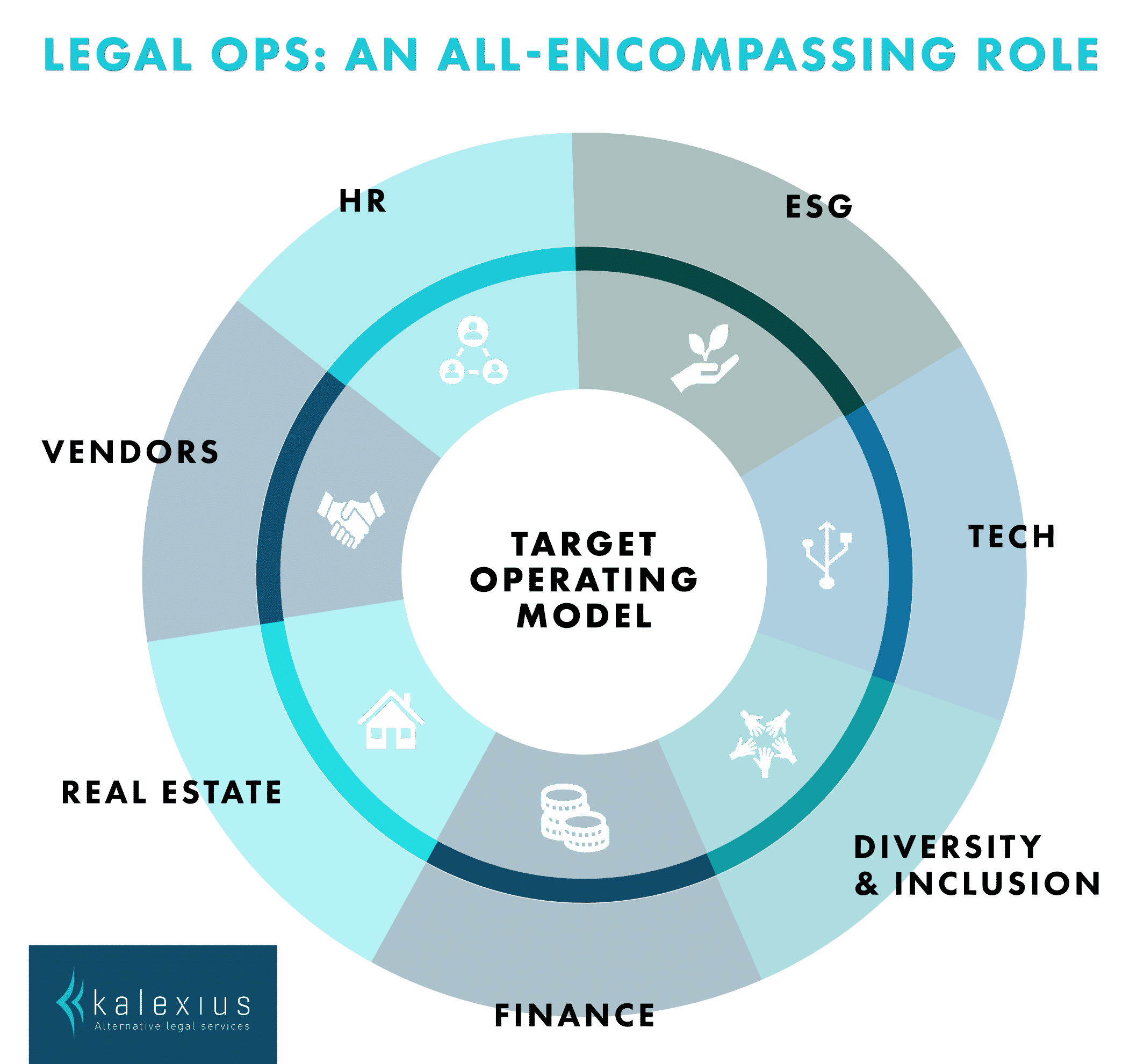 The field of legal operations is growing fast.

Three years ago legal operations was still the preserve of a low number of large forward-thinking corporates. There was a big gap between ‘the usual suspects’ seen speaking at conferences and the average corporate legal department.

Over the last eighteen months the number of legal ops roles being advertised and appointed has trebled. The range of corporates in which these roles are seen is also expanding both in terms of company size and industry.

Some legal operations roles are very limited in scope or they are appointed at a lower managerial level – it can be difficult for the appointee to deliver meaningful change in these circumstances.

The table below is not exhaustive but attempts to capture the majority of the elements that can sit under in-house legal operations. Hopefully this is helpful to those who are considering creating legal ops roles.

In terms of job role, responsibility for all of the below would likely mean a title of COO Group Legal or Chief of Staff with a legal operations team sitting underneath. It is worth noting that all of the elements below are interconnected and therefore the benefits grow exponentially when all are considered together under one leadership role. 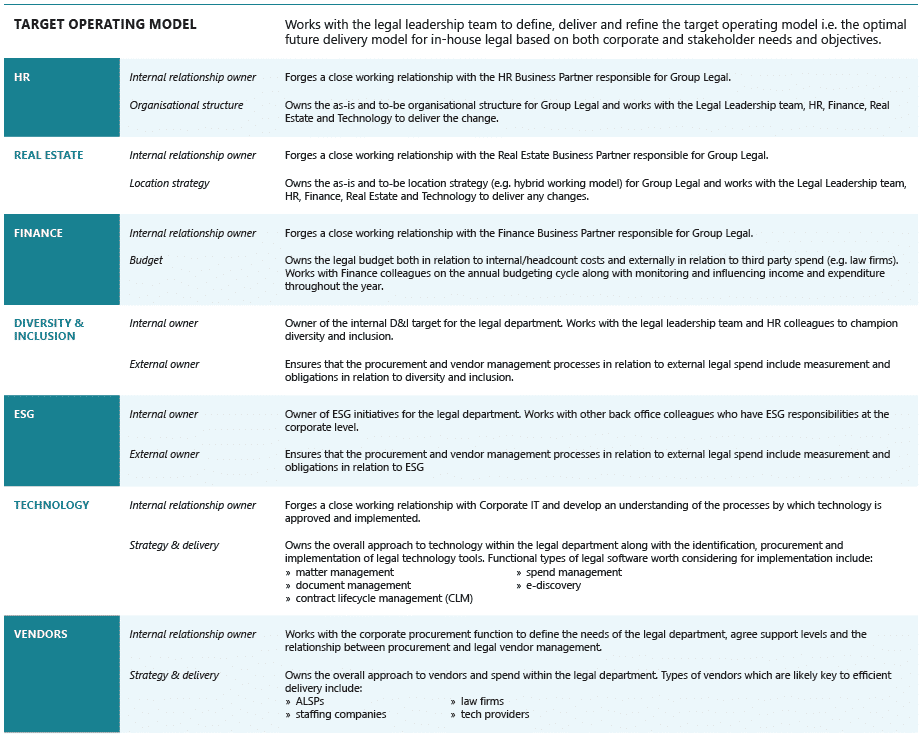 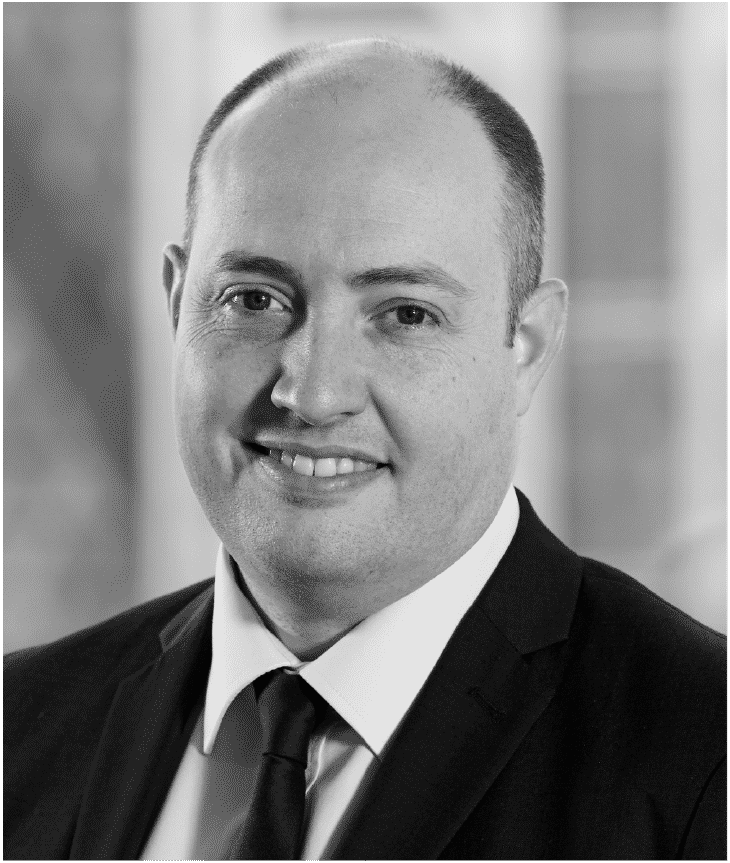 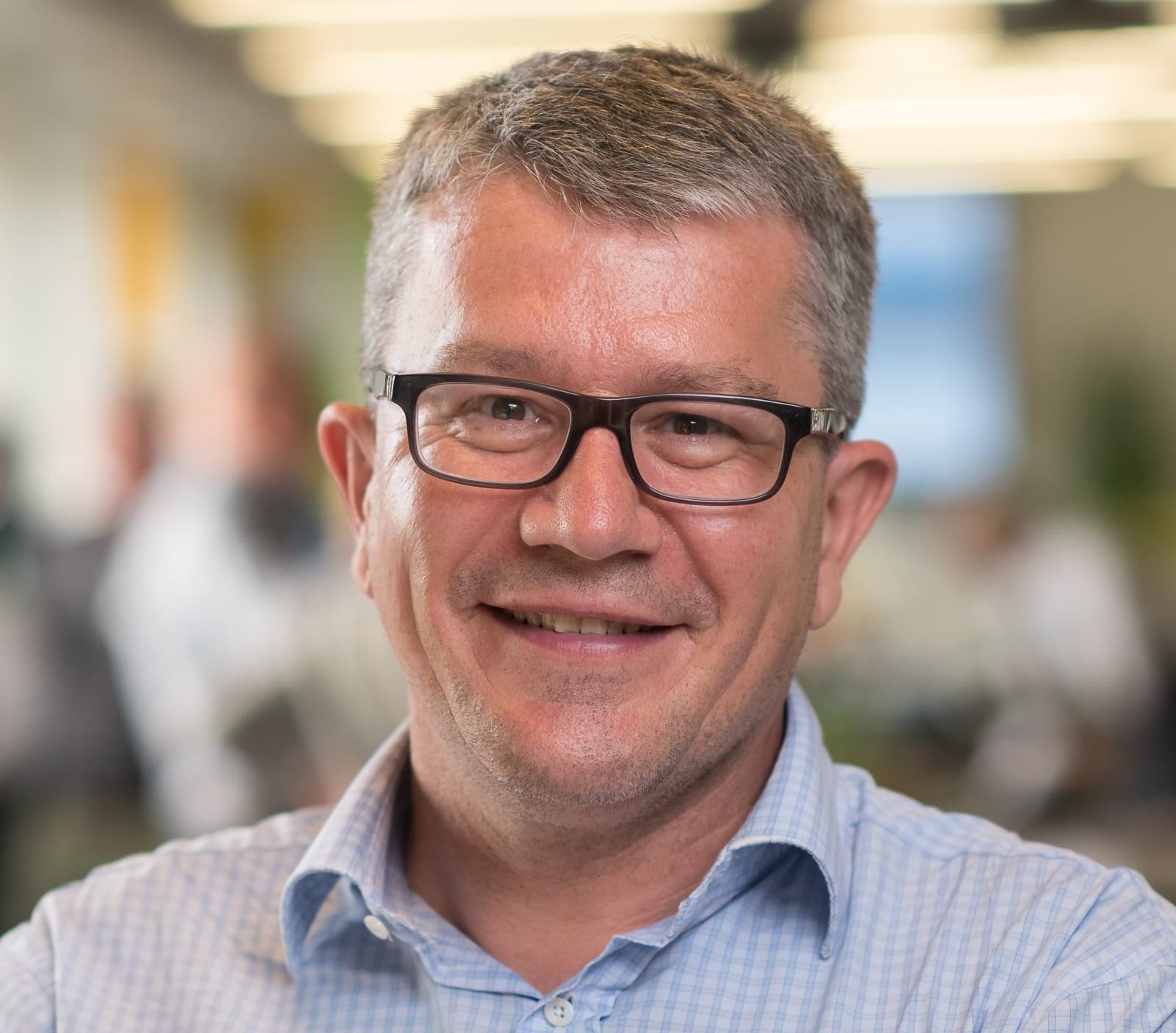 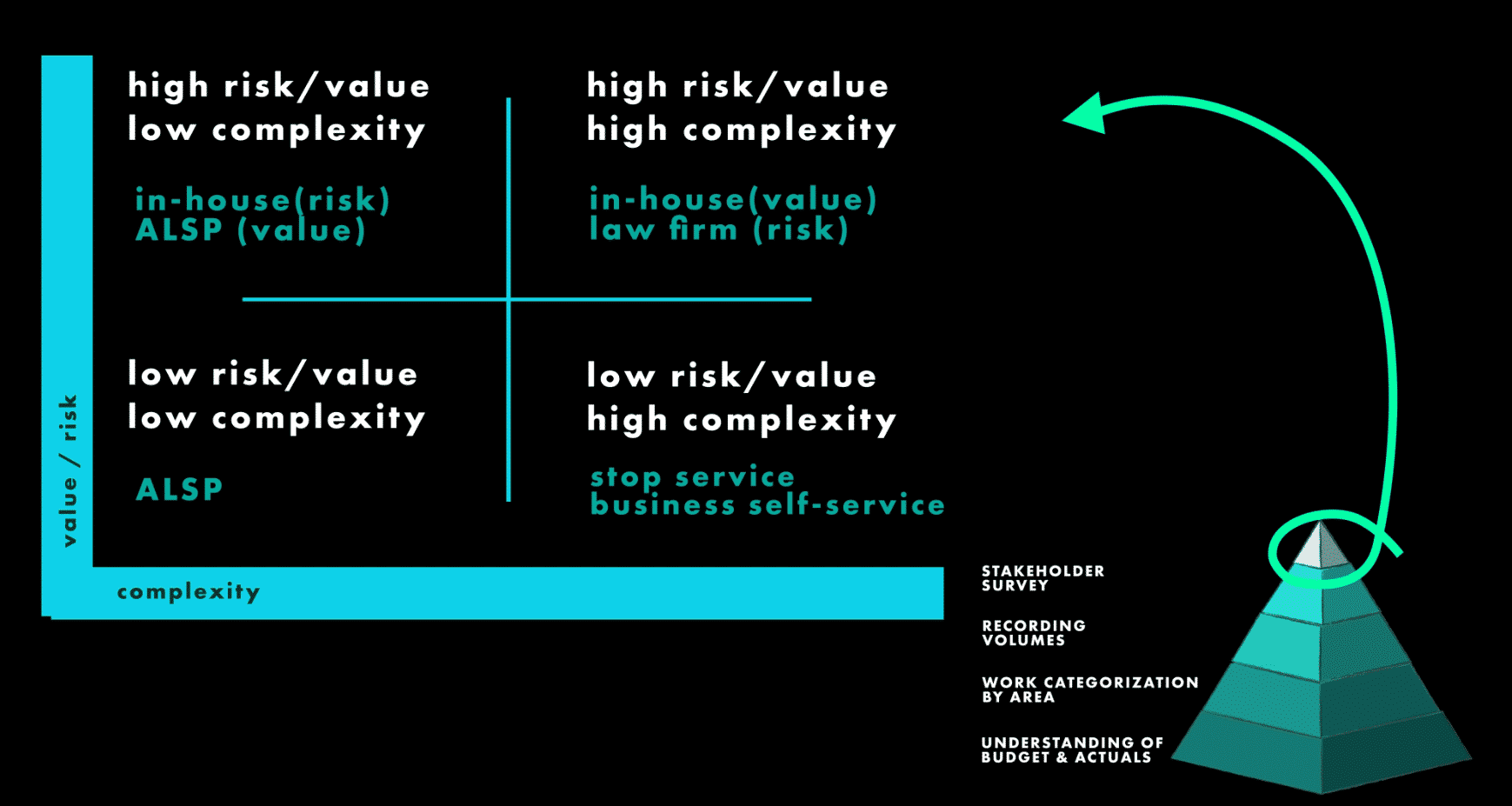 What is an ALSP?